Naval officer and colonial governor. Born in Plymouth. He served under Captain James Cook and was chosen to command the Bounty on a voyage to Tahiti to collect bread-fruit plants. On the return journey he and eighteen other men were cast adrift in an open boat, by the mutinous crew led by Fletcher Christian. They eventually reached Timor having travelled nearly 4,000 miles.

He served under Lord Nelson at the Battle of Copenhagen. Appointed Governor of New South Wales in 1805, he was imprisoned in another mutiny called the 'Rum Rebellion'. At his retirement he was promoted to admiral. Died at home, 27 Bond Street (2017 occupied by DKNY), according to Royal Museum Greenwich, though other sources give 25 (Tiffanys).

March 2022: London SE1 reported that "The tomb of Captain William Bligh of 'Mutiny on the Bounty' fame is one of the monuments featured in a Lambeth Council consultation on statues, memorials and street names with potential links to the transatlantic slave trade. ... Although the borough's own archivists noted that Bligh's association with the slave trade was 'marginal', his tomb has been included in the public consultation launched by the council this month asking for views on how contested memorials should be treated.  ... Captain Bligh was buried in the churchyard of St Mary-at-Lambeth and his tomb – made of local Coade stone produced on the South Bank – is now at the centre of the Garden Museum's courtyard."

This section lists the memorials where the subject on this page is commemorated:
Captain William Bligh 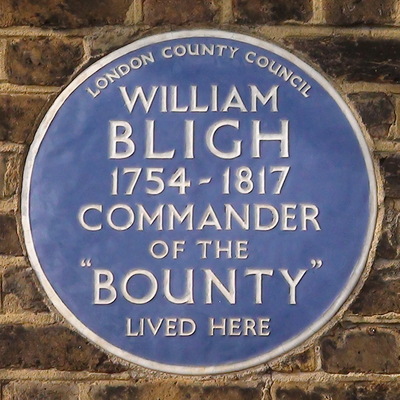 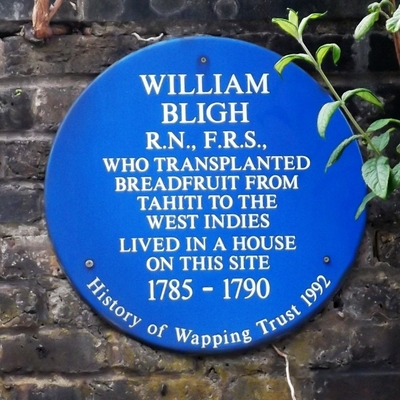 William Bligh R.N., F.R.S., who transplanted breadfruit from Tahiti to the We... 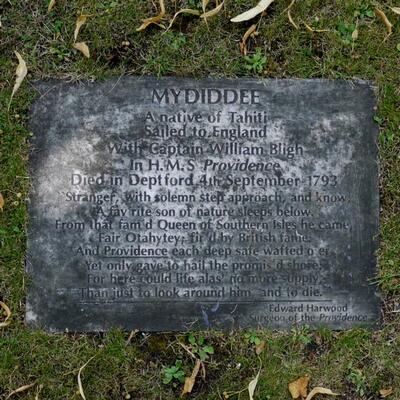 Caroline's Miscellany has an excellent post on Mydiddee.  We hope she won't m...

Hero. Born Berkshire. Royal Navy captain. Served in WW1 and WW2 and awarded CBE in 1943. This 'Have-a-go' hero single-handed attempted to stop 'smash-and-grab' thieves at a jeweller's shop in B... 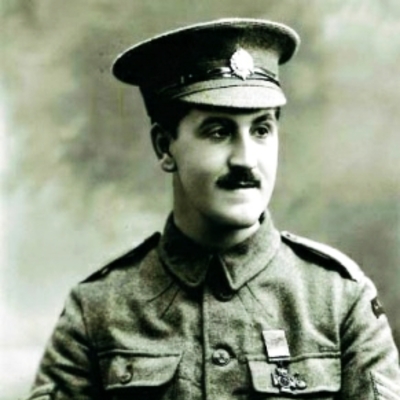 We've not found any information about these seven other than they are buried in St Georges Gardens. 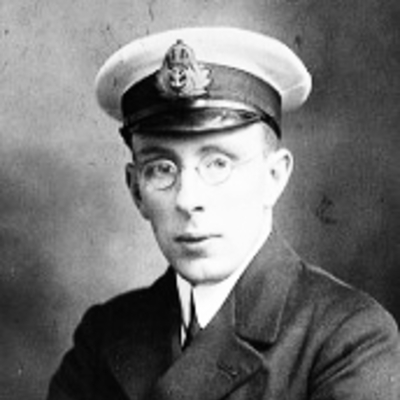 Soldier. Born Rowland Richard Louis in Chelsea. He moved to Canada in 1902 where he worked as a miner and fruit grower before returning to Britain. In 1916 he enlisted in the Royal Naval Volunteer ...