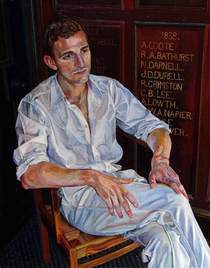 Sportsman and journalist. Born Charles Burgess Fry in Croydon. Primarily his sport was cricket, but he was also an athlete and played in a football cup final. He taught at Charterhouse School and published several books on a variety of subjects. Suffering from mental health problems from an early age, his condition deteriorated throughout his later life. He visited Germany with the idea of forging stronger links between organisations, such as the Boy Scouts and the Hitler Youth, so that both groups could learn from each other. Died at the Middlesex Hospital.

This section lists the memorials where the subject on this page is commemorated:
C. B. Fry

Founder of the North Islington Infant Welfare Centre and School for Mothers i...

The Ealing Grove School (for boys) was established by Lady Byron in 1834 on t...