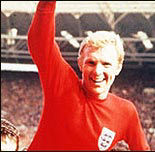 Formed from the merger of the St Jude's and Christchurch Rangers football tea...