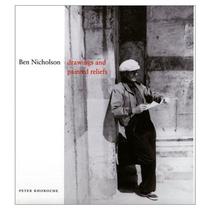 Artist. Born Denham, Buckinghamshire. Father was Sir William Nicholson, painter.
Married to sculptor, Barbara Hepworth, 1938 -51. They were central to a number of groups of avant-garde artists based in London, or Hampstead in the 1920 and 30s, and instrumental in bringing Mondrian to London. They lived at 7 Mall Studios, off Tasker Road 1928-1939.

The 40s and 50s were spent in St Ives, again with a group of fellow artists. With his new wife he moved to Switzerland and on divorce returned to England, moving back to London in 1974. Died at home in Pilgrim's Lane, Hampstead.

This section lists the memorials where the subject on this page is commemorated:
Ben Nicholson