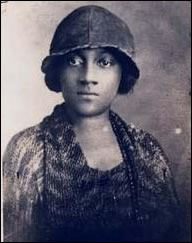 Campaigner for gender and social justice. Born in Jamaica. 1914 met Garvey, joined the Universal Negro Improvement Association and became a Pan-Africanist campaigner. Moved to the US in 1918 where she worked alongside Garvey in New York. They married 25 December 1919 but separated after only a few months. She divorced and moved to Britain in 1922. 1924-34 she was back in New York producing musical comedies with her new (and enduring) life partner, Sam Manning. Back in London in 1934-8 she opened a jazz club, the Florence Mills Social Club, in Carnaby Street which became a centre for Pan-Aficanists. She continued travelling frequently. Chaired the official enquiry into race relations in London, following the 1959 murder of Kelso Cochrane. Returned to Jamaica in 1968 and died in Kingston.

This section lists the memorials where the subject on this page is commemorated:
Amy Garvey

Early campaigner for women’s rights, particularly the rights of workers. An e...

Founded by Edith How-Martyn to "perpetuate the memory of the pioneers and out...