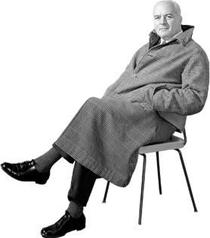 Publisher. Born as Allen Lane Wlliams in Bristol. His uncle was John Lane, founder of the Bodley Head publishing house who took him into the business. By 1930 he had risen to the position of chairman. He successfully fought to have James Joyce's 'Ulysses' published in Britain for the first time. Legend has it that while waiting for a train following a visit to Agatha Christie, he realised that there was a dearth of reading material available. This gave him the idea of producing high quality, cheaply priced paperbacks, This led to the founding of Penguin books, which became an immediate success. It was his decision to publish D.H. Lawrence's 'Lady Chatterley's Lover' in 1960. This led to the famous trial under the Obscene Publications Act. The verdict went in his favour, and heralded the way to more open literary expression. Knighted in 1952. He died in Mt Vernon Hospital, Northwood.

This section lists the memorials where the subject on this page is commemorated:
Allen Lane

'All the Year Round'