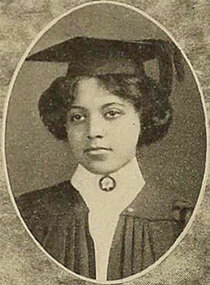 From LSHTM: "... African American chemist who developed an injectable oil extract which became the treatment for leprosy until the 1940s. While chaulmoogra oil had previously been used for leprosy, the treatments were ineffective and rife with challenges. Alice revolutionised the application method, and made the oil injectable. Shortly after her discovery at the University of Hawaii, Alice died at the age of 24 and was unable to publish her findings. The president of the university continued Alice’s work, publishing the findings as his own, without giving credit to her. In the meantime, her discovery led to the release of many people from leper colonies. It was not until decades later that her work was recognised."

She was the first woman and first African American to receive a master's degree from the University of Hawaii, and was also the university's first female and African American chemistry professor.

This section lists the memorials where the subject on this page is commemorated:
Alice Ball

Chemist. Born in Plaistow Essex, son of meteorologist Luke Howard.  He took a...