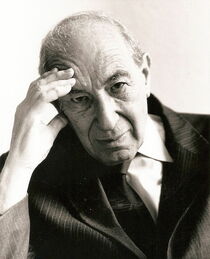 Born as Reinhold Alfréd in Budapest. Writer on social and religious topics. Known in England for his leadership of a libertarian group, the Bridge Circle, post-1945.

A long time ago at stormloader we found the following interesting quote, but the site has been taken over and we did not make a note of who was being quoted: ". . . .a Hungarian liberal guru named Alfred Reynolds, who had fled to England from the Communists and the Nazis before the war. Although I liked Alfred, I found his atheistic liberalism naive and shallow, and soon became unwelcome at the weekly meetings at his home in Dollis Hill because I raised too many objections. Alfred regarded religion as another name for superstition, and sometimes referred to priests as 'crows in black'. He felt that all society needed to create a heaven-on-earth was more tolerance."

This section lists the memorials where the subject on this page is commemorated:
Alfred Reynolds