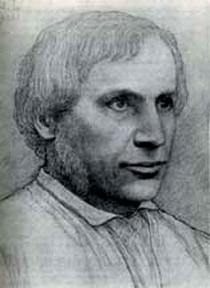 Sculptor. Born Blandford Forum. Spent most of his life and energy creating the Wellington memorial in St Paul's Cathedral. The railings with lions (also by Stevens) around this were originally, 1852, part of the British Museum boundary but some 1895 pavement improvements caused them to be removed.  Some of Stevens' BM lions also ended up on the railings outside the Royal British Society of Sculptors, 108 Old Brompton Road.  Others, possibly smaller copies are outside the Law Society in Chancery Lane.  We have Ornamental Passions to thank for the lion trail and more information can be found here.  Suicide was suspected when Stevens died suddenly at his studio, 9 Eton Villas, Haverstock Hill.

This section lists the memorials where the subject on this page is commemorated:
Alfred George Stevens

Born in London. His piano-making father named him after Handel. Married brief...

Sculptor. Sculpture assistant to a number of sculptors including Cubitt Bevis...