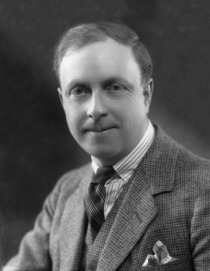 Novelist and general practitioner. Born Dumbartonshire as Archibald Joseph Cronin. Studied in Glasgow and served in WW1 as a surgeon in the Navy. Practised in Wales and in 1924 was appointed Medical Inspector of Mines for Great Britain. 1926 moved to Westbourne Grove and practised for a time in Harley Street, but then ran his own practice at home.

In 1930 a medical condition meant a period of complete rest in Scotland during which he took the opportunity to fulfil his ambition of writing a novel. “Hatter’s Castle” was an immediate success, and many more followed. Hollywood began adapting his novels so after WW2 he moved to the USA, first to Hollywood but then living in various states. Spent his last 25 years in Switzerland where he died.

This section lists the memorials where the subject on this page is commemorated:
A. J. Cronin