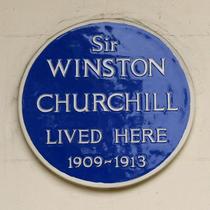 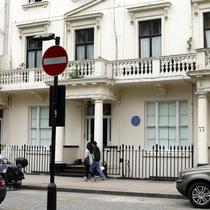 2018: Winston Churchill.org writes: "... Winston Churchill and his family lived in a smart terraced house in London’s Eccleston Square for four years ... Churchill moved to Eccleston Square in 1908, a year after marrying Clementine Hozier. His first two children were born here – Diana in 1909 and Randolph in 1911. During Churchill’s time at the stunning house, built in 1835 by Thomas Cubitt, he was promoted to a number of senior positions in and out of the Cabinet. During this time he assisted in drafting the new social welfare system, the protection of workers’ rights and the introduction of the first minimum wage."

This section lists the subjects commemorated on the memorial on this page:
Winston Churchill - Eccleston Square

This building stands on the site of Swan Wharf which in the nineteenth centur...