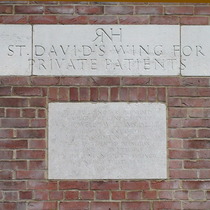 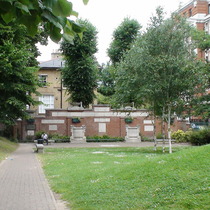 This building was provided through the generosity of Sir Howell J. Williams, DL, JP, a vice-president of the Royal Northern Hospital, who represented Islington as one of its members on the London County Council for nearly thirty years.
June 1931

This section lists the subjects commemorated on the memorial on this page:
RNH - St David’s Wing

This section lists the other memorials at the same location as the memorial on this page:
RNH - St David’s Wing