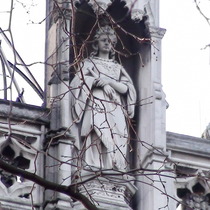 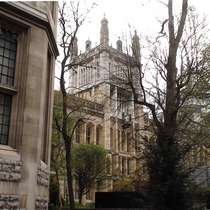 This section lists the subjects commemorated on the memorial on this page:
Public Record Office - Queen Anne

This section lists the subjects who helped to create/erect the memorial on this page:
Public Record Office - Queen Anne

This section lists the other memorials at the same location as the memorial on this page:
Public Record Office - Queen Anne

Not bronze but a resin which Copnall coloured to simulate bronze. More photo...

John Tweed was the sculptor of the statue.