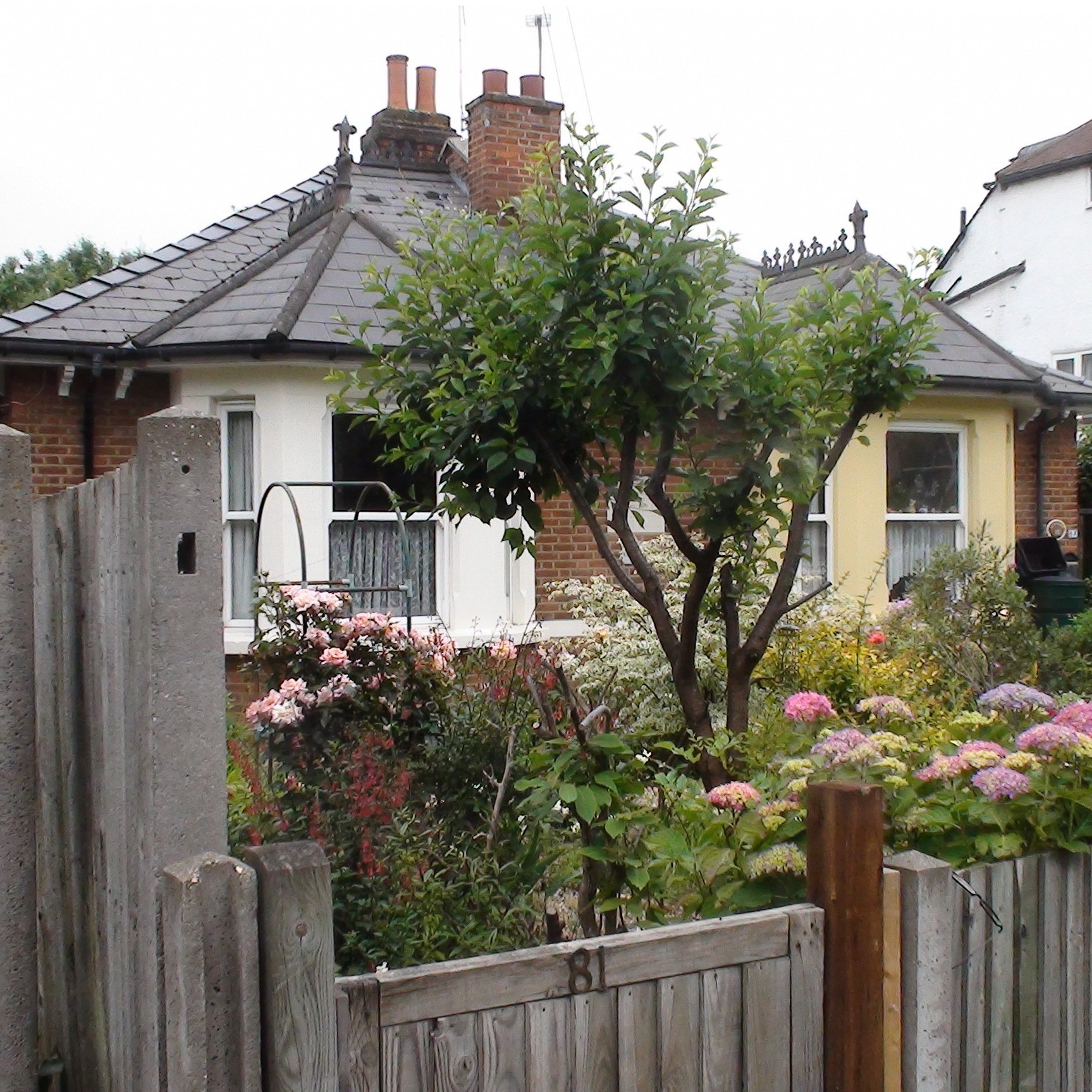 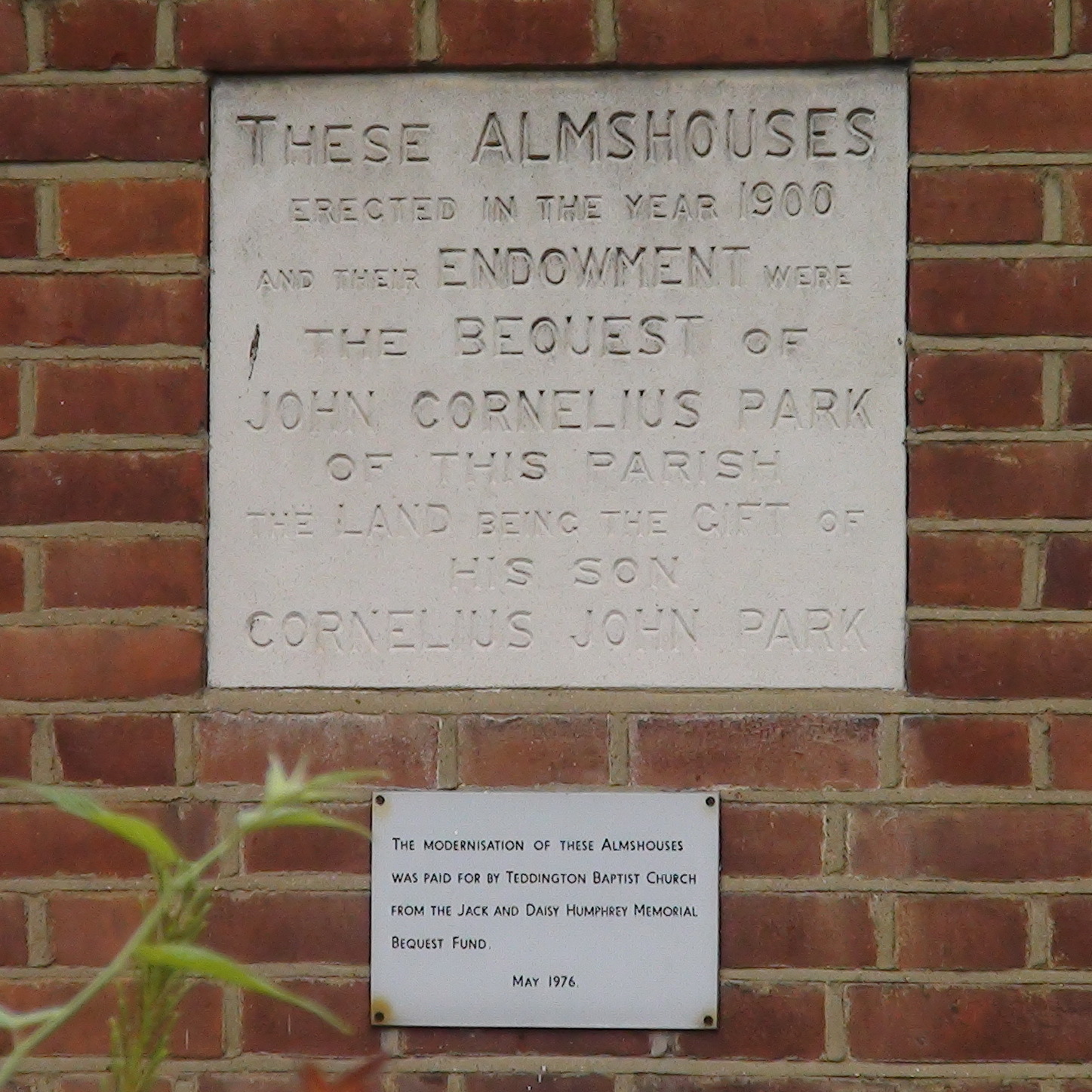 These almshouses, erected in the year 1900, and their endowment were the bequest of John Cornelius Park of this parish, the land being the gift of his son Cornelius John Park.

{On the lower plaque:}
The modernisation of these almshouses was paid for by Teddington Baptist Church from the Jack and Daisy Humphrey Memorial Bequest Fund. May 1976

The Teddington Society have a good page on these buildings: The Trust specified that residents should be ".. persons being Peculiar or Calvinistic Baptists .." and the Trustees came from Teddington Baptist Church until the 1990s when the houses were taken over by a larger housing Trust. In 1884 the Church moved to its current site at 17 Church Road Teddington and erected the current building there in 1895, just 5 years before these Almshouses.

We can find nothing on Jack and Daisy Humphrey.

In our photo we tried to capture the colourful garden rather than a clear picture of the plaques, which can be seen on the wall behind the tree.

These 1900 semi-detached brick built bungalows were modernised in 1976.

This section lists the subjects commemorated on the memorial on this page:
Park's Almshouses

Son of John Cornelius, whose bequest together with his son's land enabled the...

From The Teddington Society: "a prominent builder and land owner. He was born... 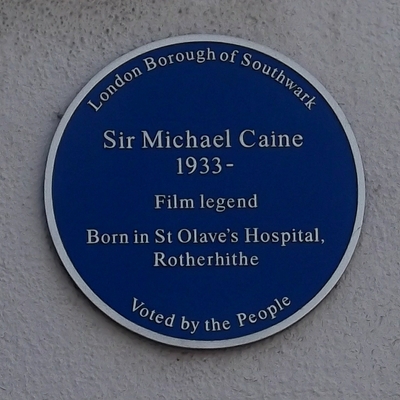 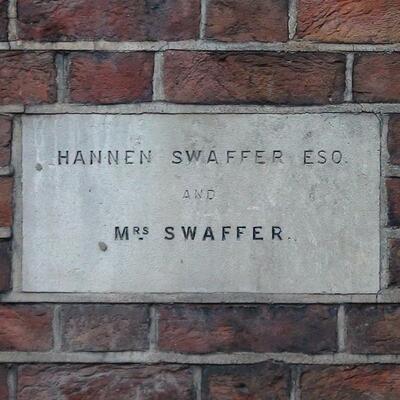 The wooden cross atop the building supports a neon cross, wired to an electrical box so rusty that we doubt it still lights the way for N... 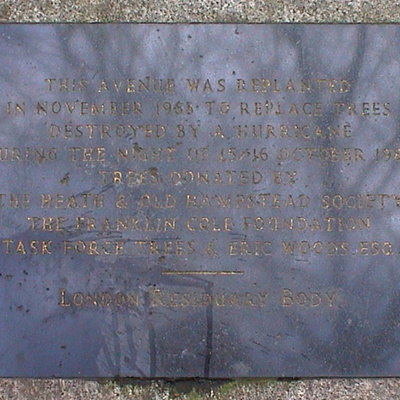 This avenue was replanted in November 1988 to replace trees destroyed by a hurricane during the night of 15/16 October 1987. Trees donate... 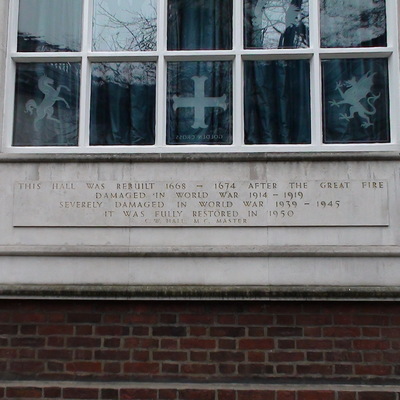 This overtly modern facade is shown on the English Heritage map as part of the Scheduled Ancient Monument which includes the more traditi... 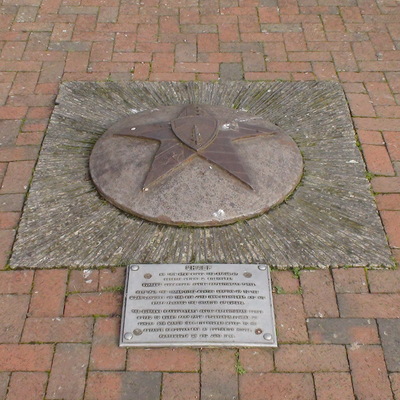 The story of SHAEF is complex but we are pretty certain "Grosvenor Square" is wrong; Eisenhower moved SHAEF from Norfolk House in St Jame...