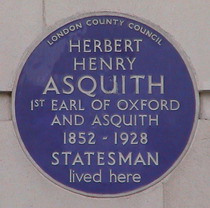 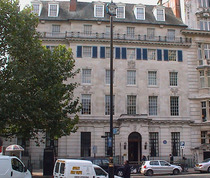 From an information board in the square: "Lord Asquith, who is better known as Mr Asquith, lived on the west side of Cavendish Square at no.20 from 1894, and owned the house until 1919, although in his later years he lived at Downing Street as Prime Minister."

This section lists the subjects commemorated on the memorial on this page:
Herbert Asquith - W1

This section lists the subjects who helped to create/erect the memorial on this page:
Herbert Asquith - W1

Orwell lodged here for a short time, during which he had a punch-up with anot...