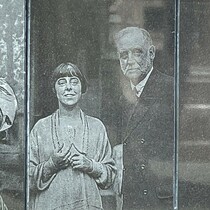 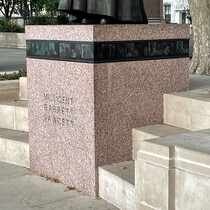 George was Minnie's father-in-law. Minnie's date of death is here given as 1992, while the ODNB, for example, gives it as 1922.

Most statues have plinths, which often carry the identity of the statue but little more. The plinth for this Millicent Fawcett statue is a multi-memorial in its own right.

This section lists the subjects commemorated on the memorial on this page:
Fawcett frieze - 19, Lansbury x 2

This section lists the other memorials at the same location as the memorial on this page:
Fawcett frieze - 19, Lansbury x 2