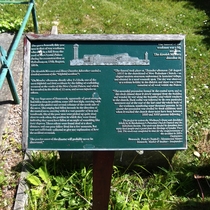 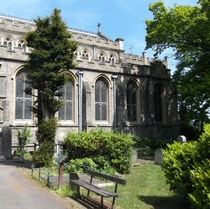 The Kentish Mercury and Home Counties Advertiser carried a detailed account of the "frightful accident":
On Monday afternoon, shortly after 2 o'clock, one of the most frightful and fatal accidents by the falling of scaffolding occurred at the works of the new Crystal Palace, and which has resulted in the death of 12 men, and severe injuries to others.
A very large mass of framework, apparently of great strength, had fallen from its position, some 180 feet high, carrying with it part of the girders and several columns of the north side of the nave. The staging had fallen inwards in the direction of the central nave, carrying with it a vast quantity of iron and woodwork. Six of the poor men were picked up quite dead close to each other, the position in which they were found indicating they must have fallen at an angle of something like forty degrees. Three others were found dead at a short distance, and one poor fellow lived for a few moments, but was not sufficiently collected to give any explanation of how the accident occurred.
The precise cause of the disaster will probably never be discovered.

The funeral of the workmen was a big occasion. The Kentish Mercury describes it:
The funeral took place on Thursday afternoon (18 August 1853) in the churchyard of New Sydenham Church - an elegant modern structure, embosomed in luxuriant foliage, and situated in a most romantic spot. The day was observed as a solemn holiday in the district, and there was a total cessation of all work within the Palace.
The mournful procession formed in the central nave, and as the clock chimed three it slowly emerged from the building and wended its way along the beautiful road which conducts to the church. Each coffin was followed by its own particular mourners and at the rear of the last came the whole body of the workmen, numbering some thousand persons. In its course the procession was swelled by fresh additions, until when it reached the church there must have been between 2000 and 3000 persons following.

The project to restore the workmen's grave was developed jointly by St Bartholomew's Parochial Church Council and the Sydenham Society. The work was funded by donations from many local people and a grant from the Heritage of London Trust Ltd. The work was completed in time for the sesquicentenary of the accident in 2003.

This section lists the subjects commemorated on the memorial on this page:
Crystal Palace fatal accident

After the Great Exhibition of 1851 closed, the Crystal Palace was dismantled ...

A society that aims to be a voice for Sydenham, and to make it a better place...

This section lists the subjects who helped to create/erect the memorial on this page:
Crystal Palace fatal accident

This section lists the other memorials at the same location as the memorial on this page:
Crystal Palace fatal accident