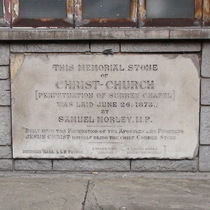 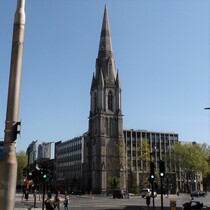 This foundation stone marks the beginning of the building works on the church. It was salvaged from the ruins of the church after WW2 and placed here.

This section lists the subjects commemorated on the memorial on this page:
Christ Church - 1873

This section lists the subjects who helped to create/erect the memorial on this page:
Christ Church - 1873

This section lists the other memorials at the same location as the memorial on this page:
Christ Church - 1873