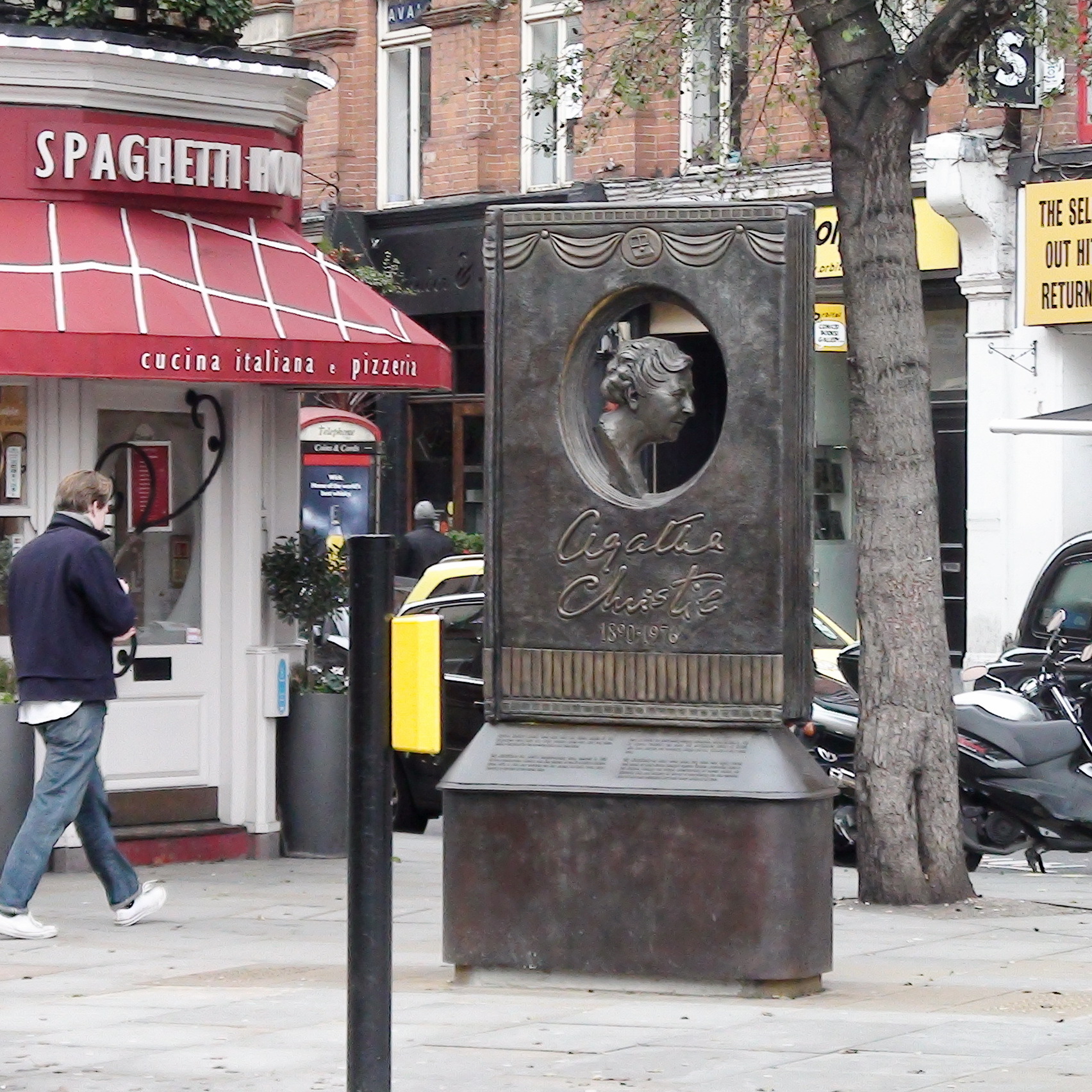 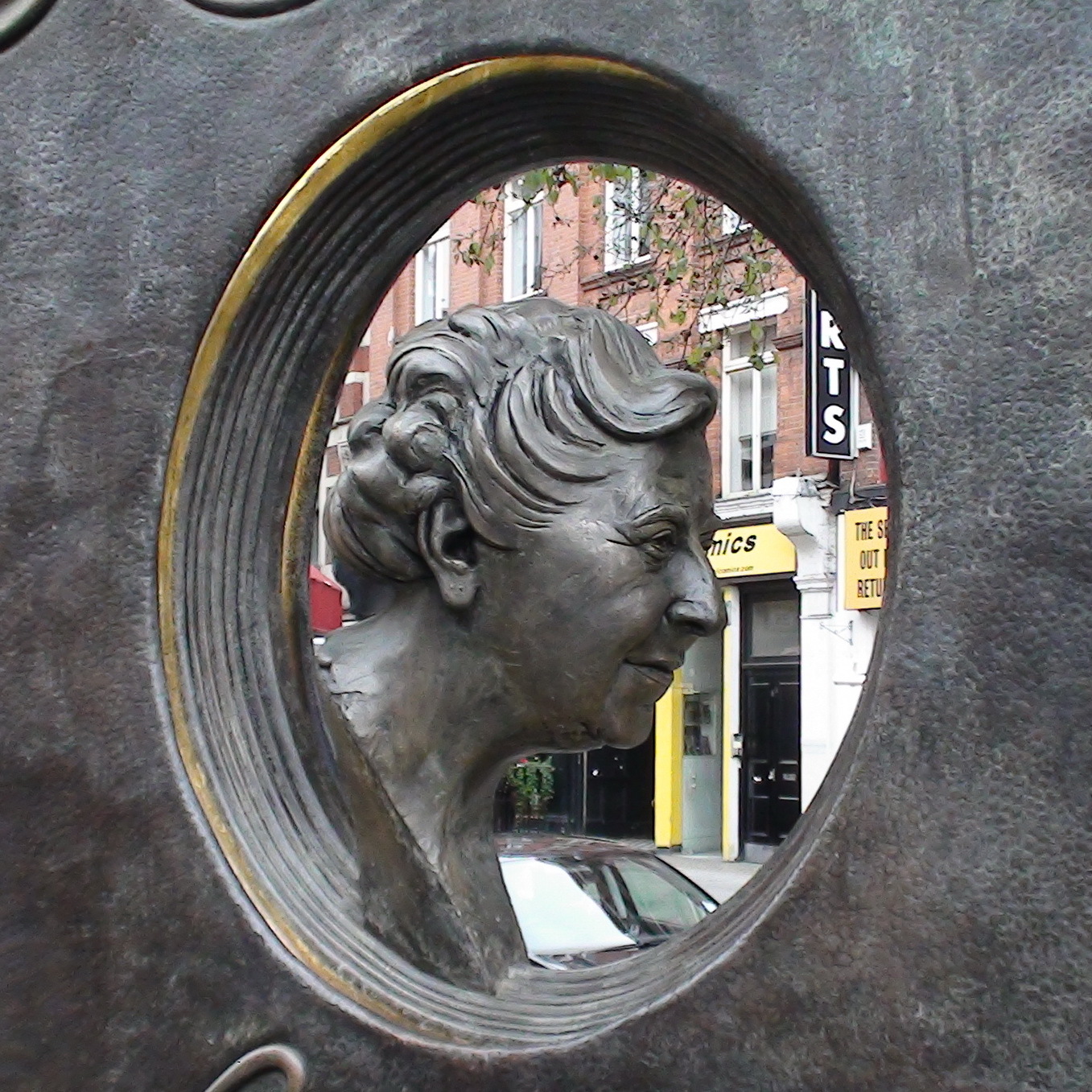 {Two panels on the north side of the plinth:}
Agatha Christie, neé  Miller, was born on 15 September 1890 in Torquay, Devon. Educated at home, she acquired as a child her lifelong passion for reading and writing. Knowledge of poisons, gained as a pharmaceutical dispenser in the 1914 - 18 war, proved invaluable for her crime writing. She maried Archie Christie in 1914; their daughter Rosalind was born in 1919.

A devotee of travel, she gave many books foreign settings, especially in the Middle East, where she assisted her second husband, the archaeologist Max Mallowan, on his expeditions in Syria and Iraq. Her daughter, her son-in-law Anthony Hicks, her grandson Mathew Prichard, born in 1943, and all who knew it shared her great love for Greenway, her house on the River Dart, which her family later gave to the National Trust.

Agatha Christie was appointed Dame Commander of the British Empire in 1971. She died on 12 January 1976.

{Two panels on the south side of the plinth:}
Agatha Christie's books have sold over two billion copies in 100 lanquages, moe than any other modern writer. Her work has been widely adapted for the cinema, radio and television.

Th Mousetrap, the world's longest-running show, opened in 1952 at the Ambassadors Theatre and has played at the St Martin's Theatre since 1973. In 1954 she became the first woman to have three plays running in London at the same time.

The Mousetrap, her many other plays, and more than eighty novels and books of short stories brought Agatha Christie world-wide fame in her lifetime. Through her unique understanding of human nature, her dramatic skills and mastery of the art of story-telling she as become one of the most successful and best loved writers of all time.

{The spine also carries a relief bust of Christie.}

Unveiled on the 60th anniversary of The Mousetrap, this bronze, 2.5 m high 'book' was commissioned by The Mousetrap's producer Sir Stephen Waley-Cohen and Christie's grandson Mathew Prichard.  This information is not in the text of this memorial which does however mention not only her direct family (fair enough) but also those who might be thought by some as hangers-on.

The monument is simple in outline but the surface presents references to Christie's work: the lower edge of the book is decorated with a row of book spines, each with the title of one of Christie's books (in various languages and Braille), and below that a reel of film encircles the book.

This location was chosen for Christie's theatrical achievements: her plays have been produced at eight of the nearby theatres; she was the first female playwright to have three plays performing in the West End simultaneously; and The Mousetrap is the world's longest-running show.

This section lists the subjects commemorated on the memorial on this page:
Agatha Christie book 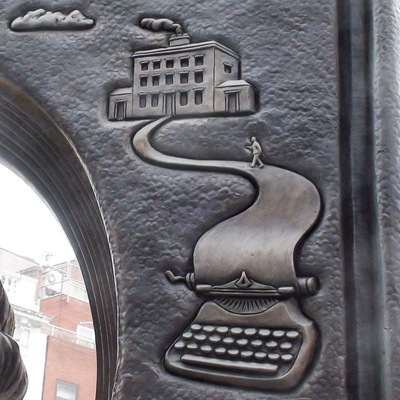 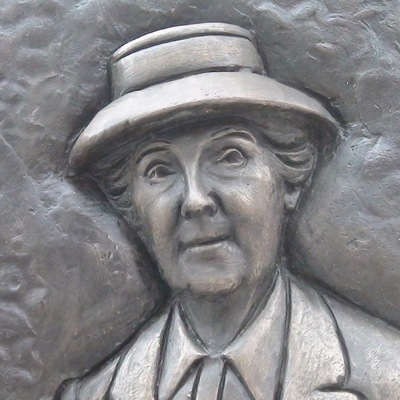 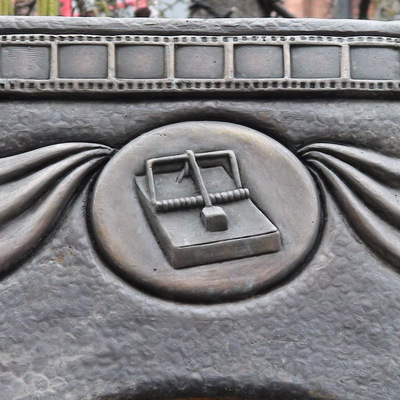 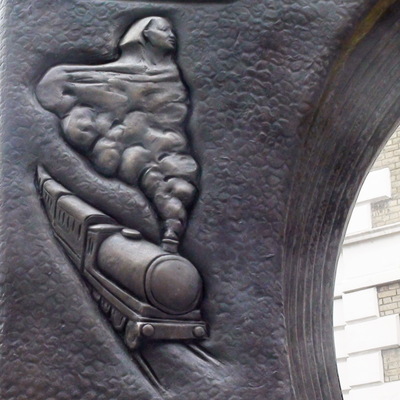 This section lists the subjects who helped to create/erect the memorial on this page:
Agatha Christie book 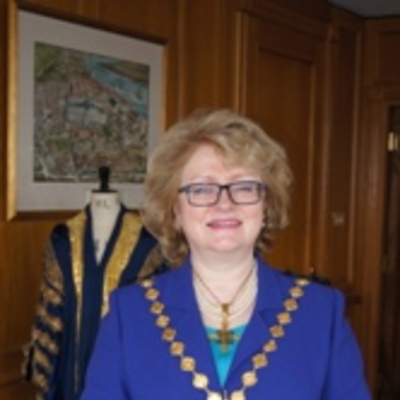 Elected as Lord Mayor of Westminster in 2012. 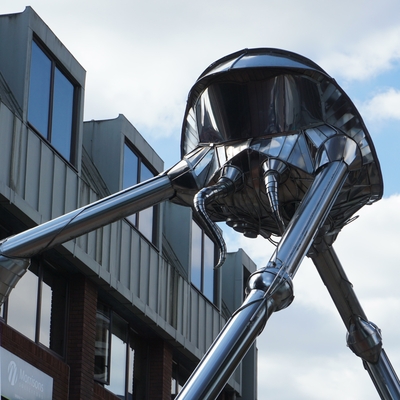 Around the sculpture are several pavement slabs representing the bacteria, which were the downfall of the Martians. 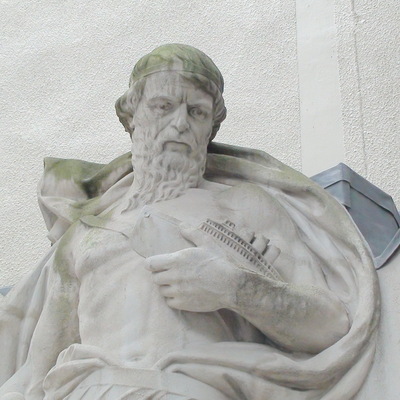 Given the dates of the sculptor (b.1883) the figure was clearly not on the 1884 building at no.122. Royal Museums Greenwich provide some ... 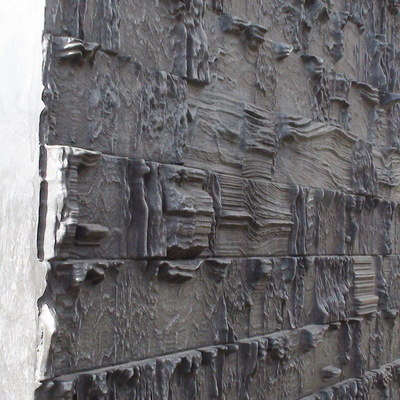 The artist's website has a photo of the textured surface in the studio. Our location shot shows WFC's double-headed eagle on one side of... 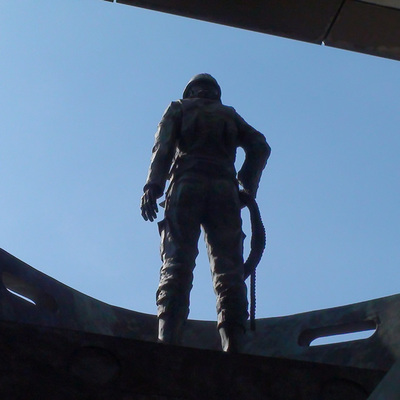 {On a plaque to the left of the sculpture (in English and also in 2 non-Latin scripts):} International Memorial to Seafarers Unveiled b... 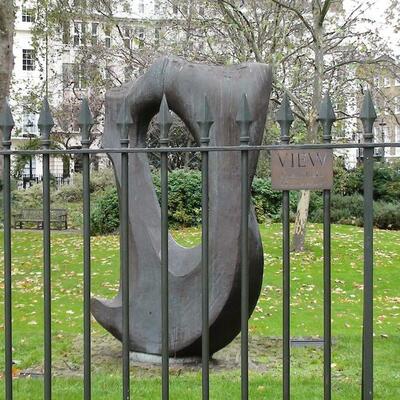