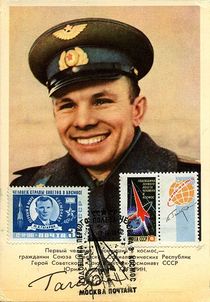 Astronaut. From Rianovosti: "Gagarin visited London in July 1961, three months after his legendary flight. He met with members of the Foundry Workers Union during his visit, as he had worked as a foundryman before his career in aeronautics, as well as with the British Prime Minister Harold Macmillan and Queen Elizabeth II."

Killed when the training jet he was piloting crashed.

This section lists the memorials where the subject on this page is commemorated:
Yury Gagarin

Formed to establish British settlements in New Zealand. 5 May 1839 despatche...