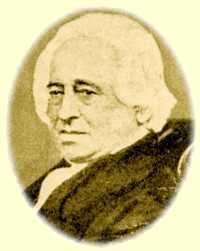 Inventor and founder of the British rubber industry. Born Wiltshire. After schooling he moved to London and is recorded in1815 as a coach builder in Pulteney Street with a shop in St James's Street. 1819 he was investigating the use of rubber to make items of clothing elastic and at a factory in Goswell Road he was making items such as braces, waistbands and straps. He invented the masticator, a machine which shredded the rubber and made it more malleable. He became the masticated rubber supplier to Charles Macintosh in Manchester and eventual became a partner in the firm. Hancock carried on his researches into the properties of rubber and discovered/invented/patented a number of useful substances: including vulcanized rubber and ebonite. His brothers Charles, John, Walter, and William worked with him. Died at Marlborough Cottage, Green Lanes, Stoke Newington, where he had lived for fifty years.

The factory was taken over by the British Tyre and Rubber Company Ltd.

This section lists the memorials where the subject on this page is commemorated:
Thomas Hancock

Amateur astronomer. One of the Commissioners for the Great Exhibition, 1951....