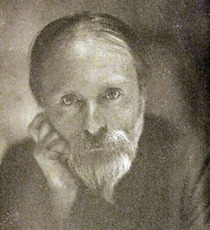 Artist. Born Johannes Josephus Zaufallij in Frankfurt. He came to England in ...