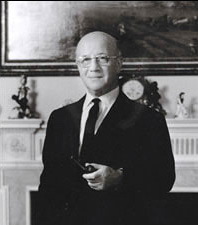 From the picture source website: "Newlon Housing Trust was established in 196...

Chairman of the Tenants &amp; Residents Association which campaigned for the ...

Inspired by East End schemes such as Toynbee Hall, this Settlement was establ...