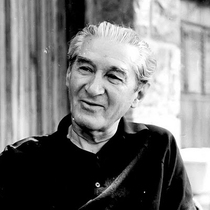 Poet, and diplomat. Born in Csongrád, Hungary. His family moved to Romania in 1896, where the Serbian heritage was instilled in him. In 1912 he went to study in Rijeka (in modern day Croatia) and Vienna. His experiences as a soldier in World War 1 influenced his anti-war verses. During the inter-war years he became a cultural attaché to several countries, arriving in London in 1945. One of his works is ‘A Novel about London’. He returned to his homeland in 1965 and died in Belgrade.

This section lists the memorials where the subject on this page is commemorated:
Milos Crnjanski

Poet and critic. Born and brought up in Ottery St Mary, Devon. Pupil at Chris...