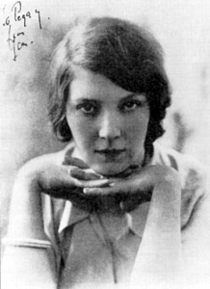 Writer. Born Ella Gwendoline Rees Williams in Hillsborough Street, Roseau, Dominica. She moved to England in 1910 and studied at the Royal Academy of Dramatic Art. After marrying, she moved to Paris where she met many writers and artists, including James Joyce and Ernest Hemingway. In 1927 she published her first work 'The Left Bank and Other Stories'. Married twice and had a lover/mentor in Ford Madox Ford. She disappeared from public life for many years, but re-emerged in 1966 when her best known novel 'The Wild Sargasso Sea' was published. Died at the County Hospital, Exeter.