Henry Lewis Raphael had 12 children with his wife Henriette. Walter, the 6th died 12 October 1938 in Bournemouth. Herbert, the 9th, born 23 December 1859, became an MP and died 25 September 1924, Folkestone.
Henry, a rich banker, was born in London and died in Newmarket, whilst his home was given as 3, Portland Place. But "he took a great interest in the turf" so it seems he died happy.

This section lists the memorials created by the subject on this page:
Henry Lewis Raphael & sons Walter & Herbert 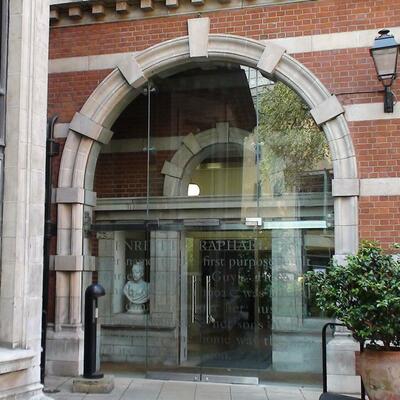 {Etched in the glass doors:} Henriette Raphael gave her name to the first pur... 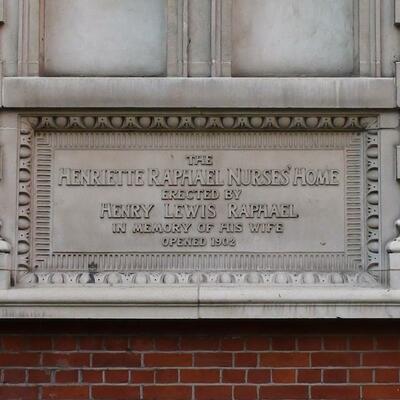 The name suggest a group of local business people coming together around the use of new-fangled motor-powered conveyances. The text of the plaque tells us that they also had charitable activities. ...

Oddly we can find no information about a Sheila Millward associated with Wollstonecraft or Stoke Newington.

Thomas Charles Hudson was born on 2 September 1816 in Harrow, Middlesex, a son of William and Anne Hudson. He was baptised on 27 October 1816 in St Mary's Church, Church Hill, Harrow, where the bap...