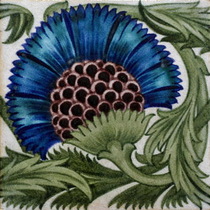 We know that AOP produced the Jellicoe plaques in c.2017, but apart from that...