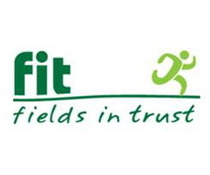 Fields in Trust had a campaign: to "celebrate the Diamond Jubilee and London Olympic and Paralympic Games, as well as the 2014 Commonwealth Games by permanently protecting as many outdoor recreational spaces as we can by the end of 2012. All kinds of sites are eligible to become Queen Elizabeth II Fields."

From their website: "We were founded by HRH The Duke of York, later HM King George VI, in 1925 as the National Playing Fields Association and are proud of our long heritage protecting parks and green spaces. Our Royal Charter in Incorporation was granted by HM King George V, our first Patron, in 1932."

Also: "Following the death in 1936 of our first Patron, HM King George V, the King George's Fields Foundation was set up in his memory "to promote and assist in the establishment... of playing fields for the use and enjoyment of the people". Grants were provided to aid the establishment of playing fields across the UK and by the time the Foundation was wound-up in 1965 and 'permanent guardianship' passed to Fields in Trust, 471 spaces had been created. These remain clearly identifiable today by heraldic plaques that signify their status as a King George V Field." and

"Building on the tradition of the King George V Fields we marked the Diamond Jubilee of our Patron, HM The Queen, by protecting a legacy of parks and green spaces throughout the UK in perpetuity. In all 1,396 spaces were protected including children's playgrounds, bicycle trails, woodlands, nature reserves and coastal paths. Coinciding with the London 2012 Olympic and Paralympic Games and extending into the Glasgow 2014 Commonwealth Games this project, supported by Asda and the Asda Foundation, secured investment of £4 million into these spaces." and

"The Centenary Fields programme was launched in 2014 by Fields in Trust President HRH The Duke of Cambridge. In partnership with The Royal British Legion, the programme protected parks and green spaces in perpetuity to honour the memory of the millions who gave their lives in World War I. The programme concluded in 2020 with 232 spaces across the UK protected and, as a legacy from the World War I Centenary, almost 1.37 million people live within a ten-minute walk of a space protected forever as a Centenary Field." Centenary Fields also have plaques but we have not yet found any.

Their website allows you to search by postcode, but does not provide a list showing, for example, all the Queen Elizabeth II Fields.

This section lists the memorials created by the subject on this page:
Fields in Trust

Horse racing tipster.  Born as Peter Carl Mackay in what are now the US Virgi...

Weightlifting coach and wrestler. Also known as Yakov, he was born in Poland....