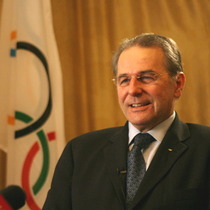 He was born on 2 May 1942 in Ghent, Belgium. Elected President of the International Olympic Committee in 2001 and served until 2013 when he was made the IOC's Honorary President, a lifetime position, which he held, according to his Wikipedia page, until his death, aged 79 years, on 29 August 2021 in Deinze, Belgium.

This section lists the memorials where the subject on this page is commemorated:
Comte Jacques Jean Marie Rogge

Surgeon and public health officer. Born City of London. His name is of French...

Pioneer of child psychoanalysis.   Born Vienna, the sixth and last child of S...