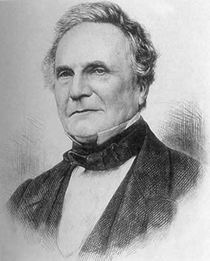 Mathematician and pioneer of the modern computer. Probably born in Crosby Row on what is now Walworth Road. He was critical, to the point of rudeness, of the Royal Society, its officers and other scientists. Even his friend, Herschel, wrote that he would like to give Babbage "a good slap in the face". After his death he was described as "an irascible genius". Ada Lovelace seems to have been able to cope with him. He died at home, 1 Dorset Street.

Most of him is buried in Kensal Green Cemetery but his brain was felt too special to be allowed to turn to dust. Half is held at the Hunterian Museum and half at the Science Museum. We learnt this at Londonist's splendid post about the Cemetery.

This section lists the memorials where the subject on this page is commemorated:
Charles Babbage

This is where Babbage died.