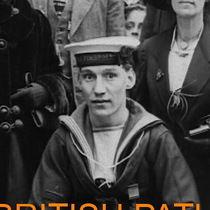 Heroic Able Seaman. Born Alice Street, Bermondsey. He was on board HMS Vindictive when it entered the Bruges-Zeebrugge canal on 23 April 1918 intent on a raid and he was one of the few in his landing party to survive.

He was nominated by his shipmates to receive the VC and British Pathe have film of people arriving in the Old Kent Road for the ceremony. McKenzie is shown seated and very apprehensive and then walking on crutches with the Lord Mayor.

A few weeks after that event he caught flu and, weakened by his injuries, died, at Chatham Naval Hospital.

This section lists the memorials where the subject on this page is commemorated:
Albert Edward McKenzie, VC

The concrete plinth represents a section of the Zeebrugge harbour wall. We b...