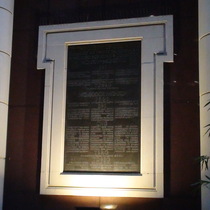 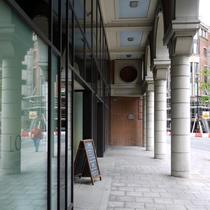 To the glory of God & the memory of those Taikoo men who died for King & Country.
{A list of 17 names of those who died in WW1, followed by a list of 69 names who died in WW2. See Subjects commemorated for the names.}

This section lists the subjects commemorated on the memorial on this page:
Swire war memorial - 1

Andrew Behan has researched this man: Date of birth is not known. Blackman, ...

This section lists the other memorials at the same location as the memorial on this page:
Swire war memorial - 1

Monteagle was at dinner when he received the letter so he passed it to a serv...

{Below the arms of the Worshipful Company of Cooks:} Cooks Hall was built on ...