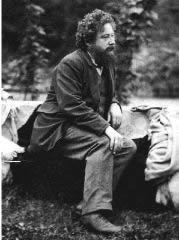 Inspired by the School of Handicraft, this college, founded by William Lethab...

Portrait painter, collector and President of the Royal Academy