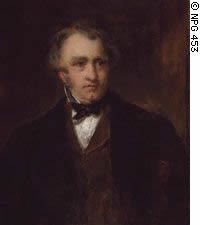 Historian, essayist, poet. Born Leicestershire but brought up in the Clapham home. Spent four years (1834 - 8) as an administrator in India, during which he showed little interest in Indian culture but began thinking about his masterpiece 'The History of England' which he began on his arrival back in London, via Italy, in 1939. Co-founder of the National Portrait Gallery. Died at home at Holly Lodge, Campden Hill, which he had bought in 1856.

This section lists the memorials where the subject on this page is commemorated:
Thomas Babington Macaulay, Lord