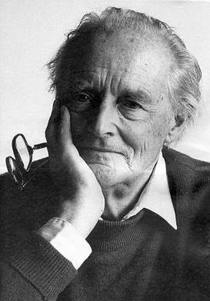 Hugh (23 May 1910 – 15 August 1999) architect, notably for the Festival of Britain and the London Zoo Elephant House. President of the Royal Academy, 1976 - 1984. He was also president of The Friends of Holland Park and the architect for the repairs to Holland House after WW2.

Margaret (26 September 1913 – 12 November 1999) was an architect and photographer. Born South Africa. They met when they were both on the staff of the Royal College of Art and married in 1938.

We can't find a photograph of Margaret at all so here's Sir Hugh on his own.

This section lists the memorials where the subject on this page is commemorated:
Sir Hugh & Lady Margaret Casson