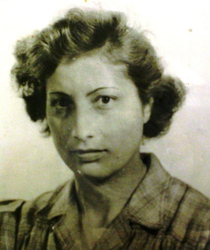 WW2 spy and member of the French resistance. A descendant of the 18th century south Indian ruler Tipu Sultan, Khan was a follower of the Sufi faith and believed in non-violence.

Born Moscow to parents of Indian heritage. Just before the start of WW1 the family moved to London, Bloomsbury, and in 1920 they moved to France. She took on responsibility for the family and in 1940 they escaped back to England. A fluent French speaker with a strong aversion to fascism she joined the Special Operations Executive and infiltrated into France with a false identity. She worked there for the French resistance but was betrayed. Captured by the Nazis she was tortured and killed in Dachau concentration camp in Germany. The British posthumously awarded her the George Cross, France the Croix de Guerre, their highest civilian honour. She is the only Indian woman to have received the George Cross.

This section lists the memorials where the subject on this page is commemorated:
Noor Inayat Khan