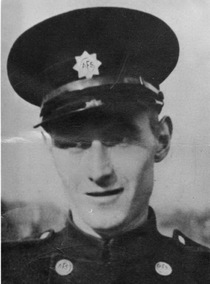 Died in a fire at St Stephens Hospital, Chelsea.