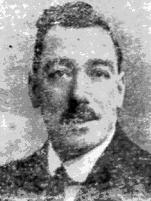 Born Joseph James Vaughan in East London. Started work, aged 8, while still at school. As an electrician he entered into trade union politics and as a left-wing Labour supporter became a councillor in Bethnal Green in 1914 and was Mayor 1919 - 1922. Founder member of the Communist Party of Great Britain but remained a member of the Labour Party. Narrowly failed, a few times to become an elected MP.

This section lists the memorials created by the subject on this page:
Joe Vaughan

King's Cross Ward Councillor and Mayor of Camden, in 1984.

Brewer and member of parliament. Born at Cardington, near Bedford. He set up ...