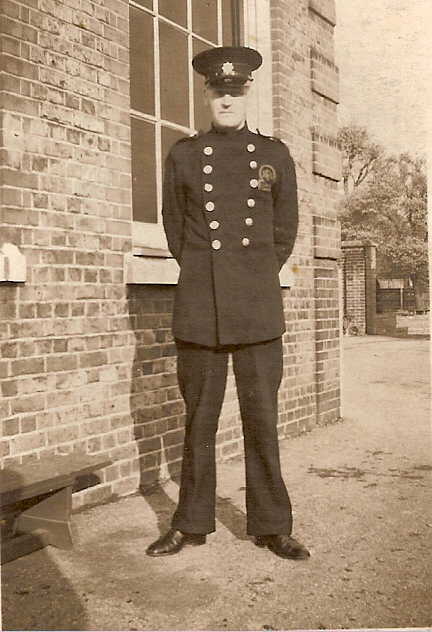 Andrew Behan found the photograph and has kindly carried out further research: Auxiliary Fireman George Alfred Hickey was born on 27 January 1905 in Herne Hill, Surrey. He was the eldest of the four children of George Arthur Hickey (1855-1931) and Eleanor M. Hickey née Saville (1873-1934) and his father was a Storehouseman at the Royal Army Clothing Depot, Pimlico. His mother had been a widow before she had married his father and had three children with her previous husband, Robert Charles Bambridge (1870-1902). The 1911 census shows the family living at 24 Upper Orchard Street, Clapham Park, Brixton. (Upper Orchard Street was renamed about 1912-1917 to Kirkby Road. It was off Lyham Road and demolished in the 1960's to be replaced with the Saxby Road Estate). Electoral registers from 1918 to 1931 show the family living at 20 Carfax Square, London, SW4.

On 29 August 1931 he married Hilda Annie Skinner at The Parish Church of St James, Clapham. The marriage register shows his occupation as a Clerk and that he was living at 19 Park Crecent, whilst his wife's address was recorded as 52 Solon Road. Electoral registers for 1932 and 1933 show them living at 22 Chelsham Road, London, SW4 and from 1935 at 91 Englewood Road, London, SW12. On 28 September 1938 he was accepted for training in the London Auxiliary Fire Service and his service number was B/3437. His service record card shows that his employer was Montgomery & Co at 77 Cornhill, London, EC3. His training was completed on 28 February 1939 and he was attached to Fire Station 86 Tooting. The 1939 England and Wales Register shows him registered at the AFS Fire Station in Hearnville Road School, London, SW12 and his occupation was listed as a Stock Exchange Clerk.

He died, aged 35 years, on 6 November 1940 as a result of enemy action at AFS Fire Station 86W,  that was located in the Cavendish Road School, Balham. The school was rebuilt after the war following the bomb damage and is now the Henry Cavendish Primary School, Hydethorpe Road, Balham.

On 3 April 1941 his widow was granted administration of his estate that totalled £874-10s-1d. He is also commemorated in the Civilian War Dead Roll of Honour, located just outside the entrance to St George's Chapel at the west end of Westminster Abbey, London and his name appears on the National Firefighters Memorial at the junction of Carter Lane and Sermon Lane, London, EC4.

This section lists the memorials where the subject on this page is commemorated:
George Alfred Hickey 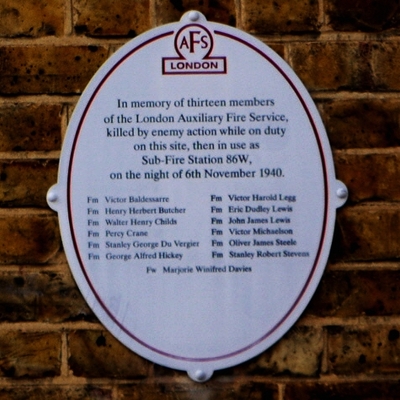 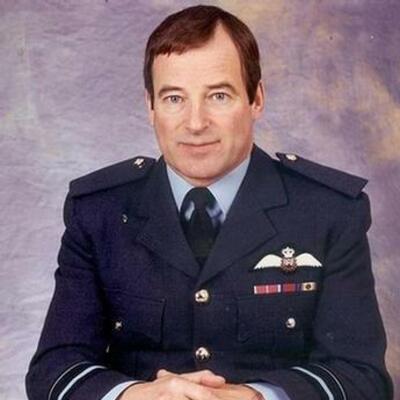 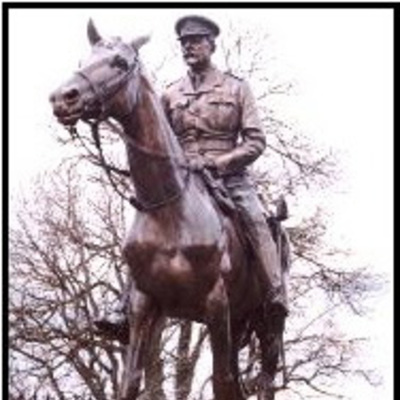 1st Lord Haig. Born Edinburgh into the whisky family. Senior commander during WW1. Initially nicknamed "butcher of the Somme", but then popular before his death. He has since been criticised for mi...