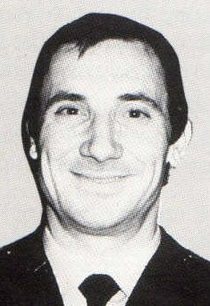 Fireman Harry Errington was awarded the George Cross, the highest award for v...