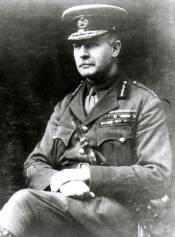 Born in Blackheath. On 31st July 1917, he was commanding the 25th Infantry Brigade in Westhoek, Belgium. When his progress was held up owing to heavy gunfire, he went forward to inspect his front posts. Although under heavy fire and in full view of the enemy, he showed an utter disregard of personal danger, walking quietly from shell-hole to shell-hole, giving advice and cheering his men by his presence. His conduct had a great effect on all ranks, and it was largely owing to his courage that the shell-hole line was held. He was awarded the Victoria Cross for his gallantry.

This section lists the memorials where the subject on this page is commemorated:
Brigadier General Clifford Coffin

From Mapping Sculpture we learn that Louis Auguste Malempré was born Belgium ...

Lieutenant of the Royal Field Artillery. Buried  in plot XIV.A.4 in Lijssenth...