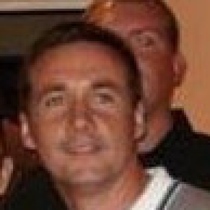 Cyclist killed by collision with a lorry while cycling along Ripple Road (the A13) mid-morning on a Monday. Aged 35, at the time he was training for the 2013 London-to-Paris charity cycle ride for Macmillan. He was a mobile repair mechanic who worked on fire engines, one of which carried his coffin. The driver of the lorry was initially arrested but later it was decided to bring no charges.

This section lists the memorials where the subject on this page is commemorated:
Brian Florey

Colin Newman kindly allowed us to use his photo of the bike.

Grew up in Brazil. A qualified architect, aged 32, she began work at LOM Arch...