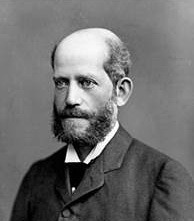 Art collector, politician and philanthropist. Austrian nobleman born Paris, into the banking family. Came to London in 1859, drawn here by his cousin, Evelina whom he had loved since childhood. They were married in London in 1865 and lived at 143 Piccadilly. Only 17 months later she died in childbirth and Ferdy created the Evelina Children's Hospital in her memory. He never married again, entered politics, took up field sports and built the chateau-style Waddesdon Manor. He began collecting art and on his father's death in 1874 he was free to buy English paintings and Fench furniture and china in quantity. One of the Prince of Wales's set, he entertained the Prince and many of the top politicians. Died at Waddesdon Manor, on his birthday.

The Trust will consider giving grants for the preservation of buildings of hi...