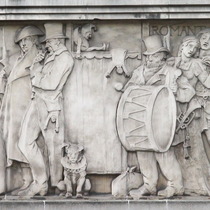 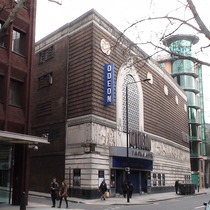 This section lists the subjects commemorated on the memorial on this page:
Saville Theatre - Punch & Judy

Punch's Puppet Show was first performed in England and witnessed by Samuel Pe...

This section lists the subjects who helped to create/erect the memorial on this page:
Saville Theatre - Punch & Judy

This section lists the other memorials at the same location as the memorial on this page:
Saville Theatre - Punch & Judy

Similar to those "spot the ball" competitions, in that no ball is shown.