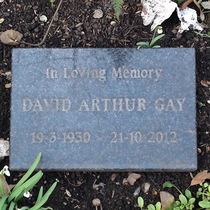 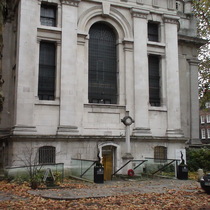 David Gay's tree is just to the right of our photo. You can actually see it in the foreground of our photo for the nearby Nobel House.

This section lists the subjects commemorated on the memorial on this page:
David Arthur Gay

This section lists the other memorials at the same location as the memorial on this page:
David Arthur Gay

{The plinth and the cross are both 6-sided:} {On the plinth, facing Dean Stan...

Erected sometime before May 2015.