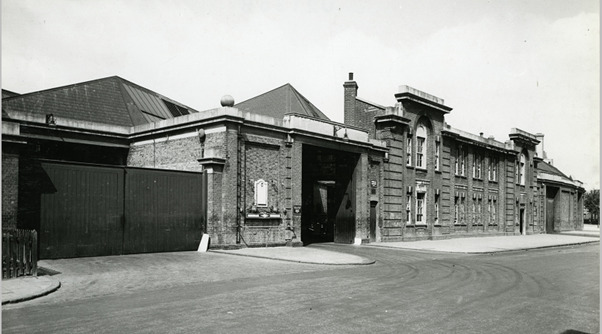 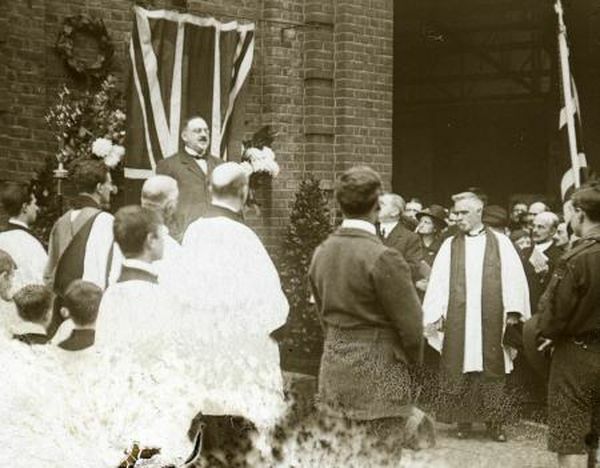 This image (© TfL from the London Transport Museum collection) is captioned "b/w lantern slide, Unveiling ceremony for a war memorial at Chalk Farm bus garage by LGOC Photo Dept, 1920". We are very confident that the plaque behind the flag is the one shown in the long shot of the building, and this places it on the most southerly section of the Harmood Street frontage.

Simon has sent us a 1920 clipping from a staff newsletter: ‘News of TOT’. 'TOT' stood for Train Omnibus Tram, so these were the staff that in 1933 would be working for what was then known as London Transport. This clipping reads:

WW1 memorial plaques usually have some text above the list of names. For example, from another plaque: “1914 - 1918 / Roll of Honour / Names of the Company's employees who gave their lives in the Great War”.  The plaque in the long shot looks about the right size and shape to hold this introductory text and the two columns of names given in the newspaper clipping.

As an aside: This is not the only lost war memorial; we hear of them every so often. For example, Dr Andrea Tanner, the archivist at Fortnum & Mason, is searching for a war memorial that used to be on their premises in Piccadilly. She's checked the cupboards (and there are a lot) but it's gone. Conversely we read about a Willesden Boer War memorial that has found its way to Omaha, Nebraska. Perhaps someone should establish a website for matching these up: Lost and Found Memorials?

As happened at many workplaces, a memorial was erected at the Chalk Farm bus garage to honour their workers who died in WW1. But this garage, over time, seems to have had 2 distinct plaques.

We first started investigating memorials at this bus garage because of a report in the Camden New Journal about a plaque in Ferdinand Place on its back wall which, we have since learnt, had nothing to do with the bus garage.

Some background on the site: a 1893 map shows it built-up, with housing. This were all demolished and replaced with the bus garage, opened in 1916 by the London General Omnibus Company. It is shown in this 1952 OS map. We have put an extract of that map on the page for the Ferdinand Place plaque. The garage, serving many busy routes, was large, illustrated by this 1936 photo of the interior.

The site still retains some of the garage architectural elements, which can be seen on the ground or in Google Streetview, such as the cobbles in the remaining southern section of Ferdinand Place and some of the cobbled entrances to the garage - which match exactly those shown on the map. Also the lower portion of the building's external wall remains in Ferdinand Place.

This photo (© TfL from the London Transport Museum collection) of the building shows the Harmood Street frontage with a pillar at the left hand edge which is still on site, as is, surprisingly, the picket fence to the house next door. This 1936 image and another similar 1926 image were brought to our attention by Simon Murphy, Curator at London Transport Museum, who was very patient and helpful as we researched the site and these plaques.

At the fascinating website Reel Streets you can see pictures (actually screen shots) of Harmood Street from the 1961 film 'Flame In The Streets'. The picture with the bus shows Harmood Street with the bus garage on the right. We saw this film not long ago, but before we knew about the memorials - we must try and catch it again.

The garage closed in July 1993.and the site has been returned to housing, built in 1995.

After publishing the Ferdinand Place plaque we were contacted by Simon at the Museum, who has provided many of the images that we are using here and also pointed out some of the features still on site that we have noted. We are very grateful for his help. Then Robert Turner sent us a postcard showing another plaque, the 'Grotto' plaque.

Simon has provided us with information about memorials at Streatham, Holloway Road and Willesden LGOC bus garages, also unveiled in 1920 - 21. We will investigate and publish those in due course.

This section lists the subjects commemorated on the memorial on this page:
Chalk Farm Bus garage - WW1 1920 plaque

Private George Henry Antrim was born on 12 May 1894 in St Pancras, Middlesex,...

This section lists the subjects who helped to create/erect the memorial on this page:
Chalk Farm Bus garage - WW1 1920 plaque 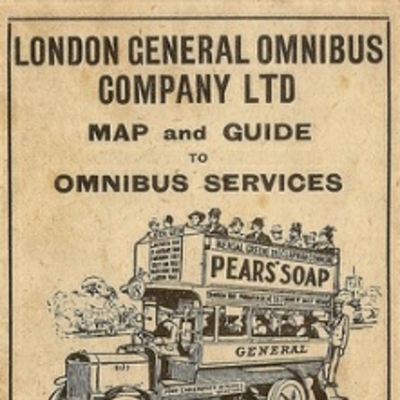 This section lists the other memorials at the same location as the memorial on this page:
Chalk Farm Bus garage - WW1 1920 plaque 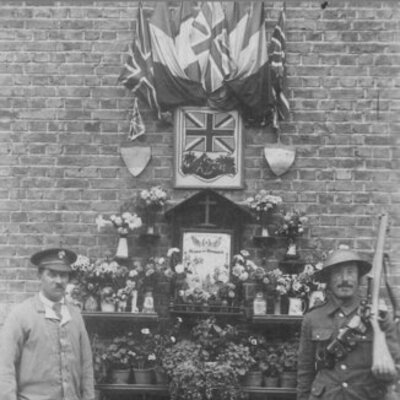 In 2021 Robert Turner sent us photos of a postcard showing a war memorial at ... 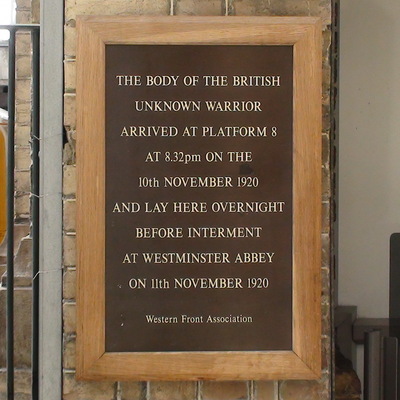 The vehicle used for the delivery was the Cavell Van, the railway wagon which had previously been used for two ceremonial journeys from D... 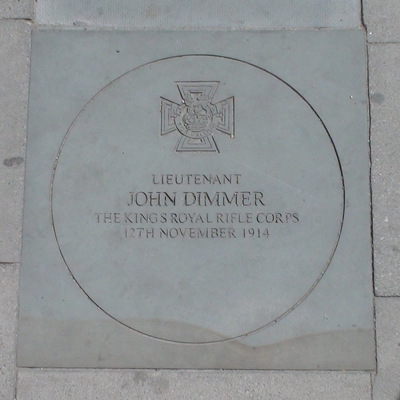 This plaque was unveiled exactly 100 years after the deeds that won Dimmer the VC. 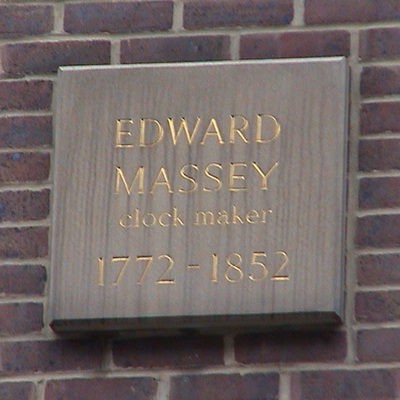 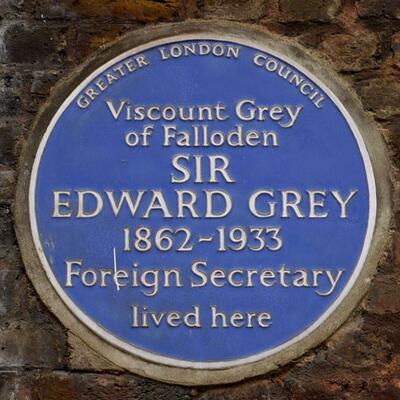 2020: Tatler reported that new luxury flats in this building, with interiors designed by David Armstong-Jones, son of Princess Margaret, ... 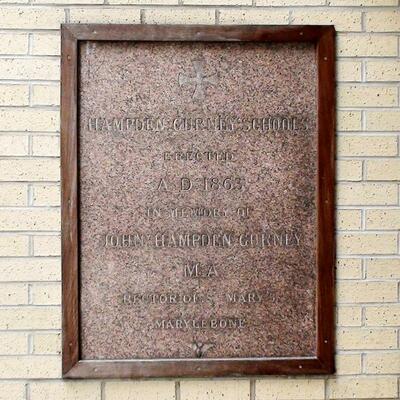